The Evolution of Clawfoot Tubs 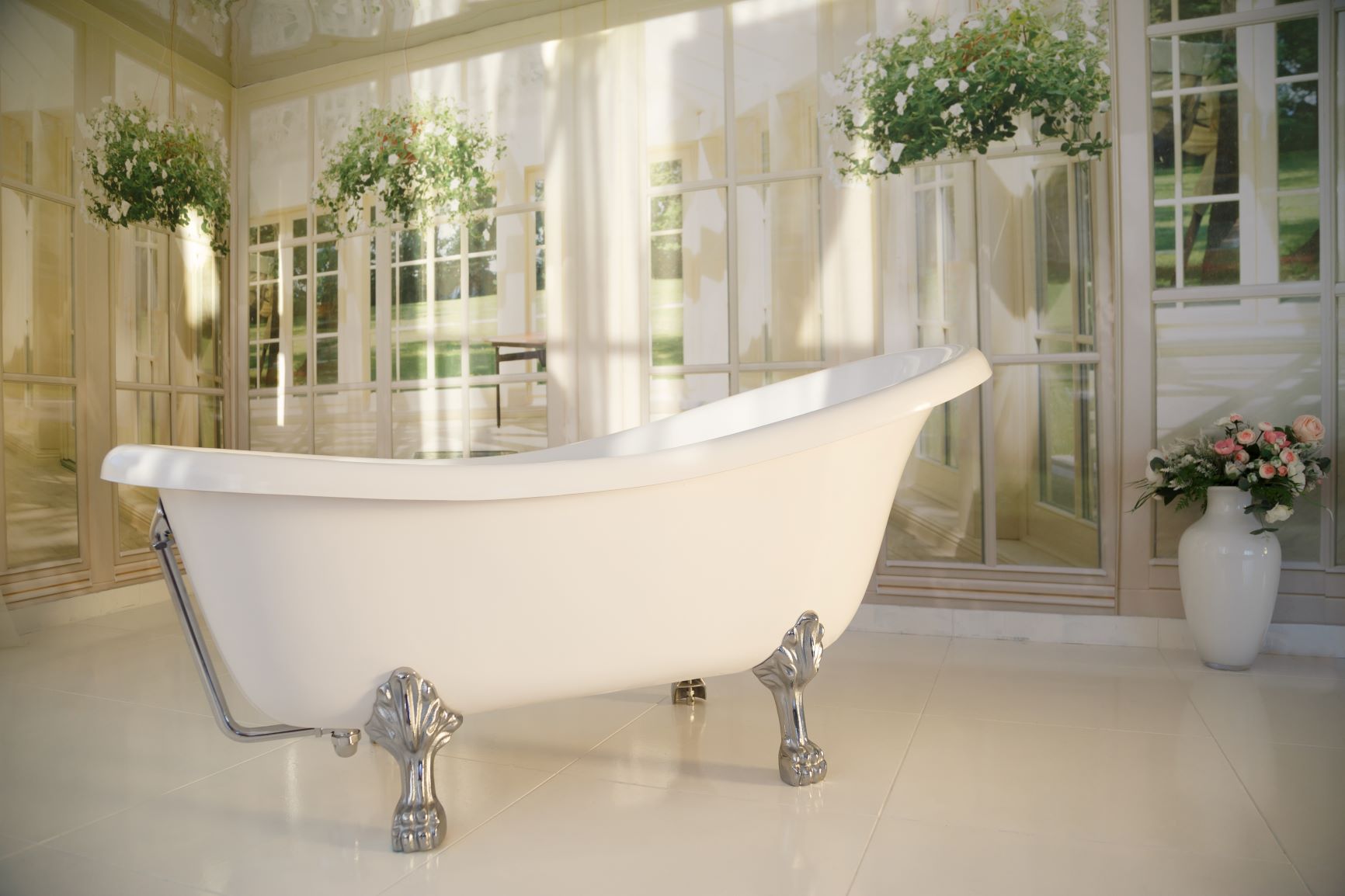 When clawfoot tubs were created, they were created with an enameling cast iron surface. This was to make it feel smooth to the touch. When they were first created, they were advertised as a horse trough or hog scalder. Once they added the legs to the tub, it became the bathtub. Soon they were made in quantity, as they were seen as being extremely sanitary and easy to clean. Which people felt prevented the spread of bacteria and diseases.

As time went on and World War I came to an end, most bathrooms were being filled with the usual toilet, sink, and bathtubs. The bathtubs were mostly clawfoot tubs. Even that early though, most homes did not have any type of plumbing. So at first clawfoot tubs were used without having the plumbing that was added to them.

Eventually, over time, this clawfoot tub changed into a built-in tub that had an apron up the front of it. With the style being enclosed, it made the maintenance of the bathroom even easier and more sanitary. It also offered more design options for the owner. Eventually our normal colored white, enameled clawfoot tub became a tub of many colors with the build on squirts.

Today people are shifting back to the elegant beauty that a clawfoot tub has. People like the luxury of soaking inside the deep tub. People are tearing out the tubs with enclosures and front squirtings on them and replacing them with the reproduced clawfoot tubs. These tubs can be bought in the classic cast iron or they can also now be bought in the lighter weight acrylic styles. Now, these clawfoot tubs are being produced in a variety of styles and foot finish options to choose from. These tubs have an elegant beauty that bathrooms just love to possess.

0
BathroomClawfoot TubsTubs
« The Benefits of Having a Propper Home Ventilation System
The CQT Triangle and Choosing the Right Builder »
Most Viewed
Why Bathtub Refinishing is better than replacement?
-Less expensive than replacement of your tub
-Takes only 1 day
-No permits or licenses required
-No need to hire a licensed plumber
-No need to take out walls to get the tub out
-No need to replace tiles that were damaged by the tub removal.

WE ARE GLAD TO ANSWER ANY QUESTIONS YOU MAY HAVE!

DON’T REPLACE, REFINISH!
Our high quality bathtub refinishing coatings will allow you to have a beautiful bathroom without the expensive and messy process of traditional remodeling.

Most bathrooms can be done in one day or less!

Your old fixtures can be rejuvenated at minimum expense compared to tearing out and replacement or inserts.