Strike a Balance with Bathroom and Kitchen Taps

HomeStrike a Balance with Bathroom and Kitchen Taps 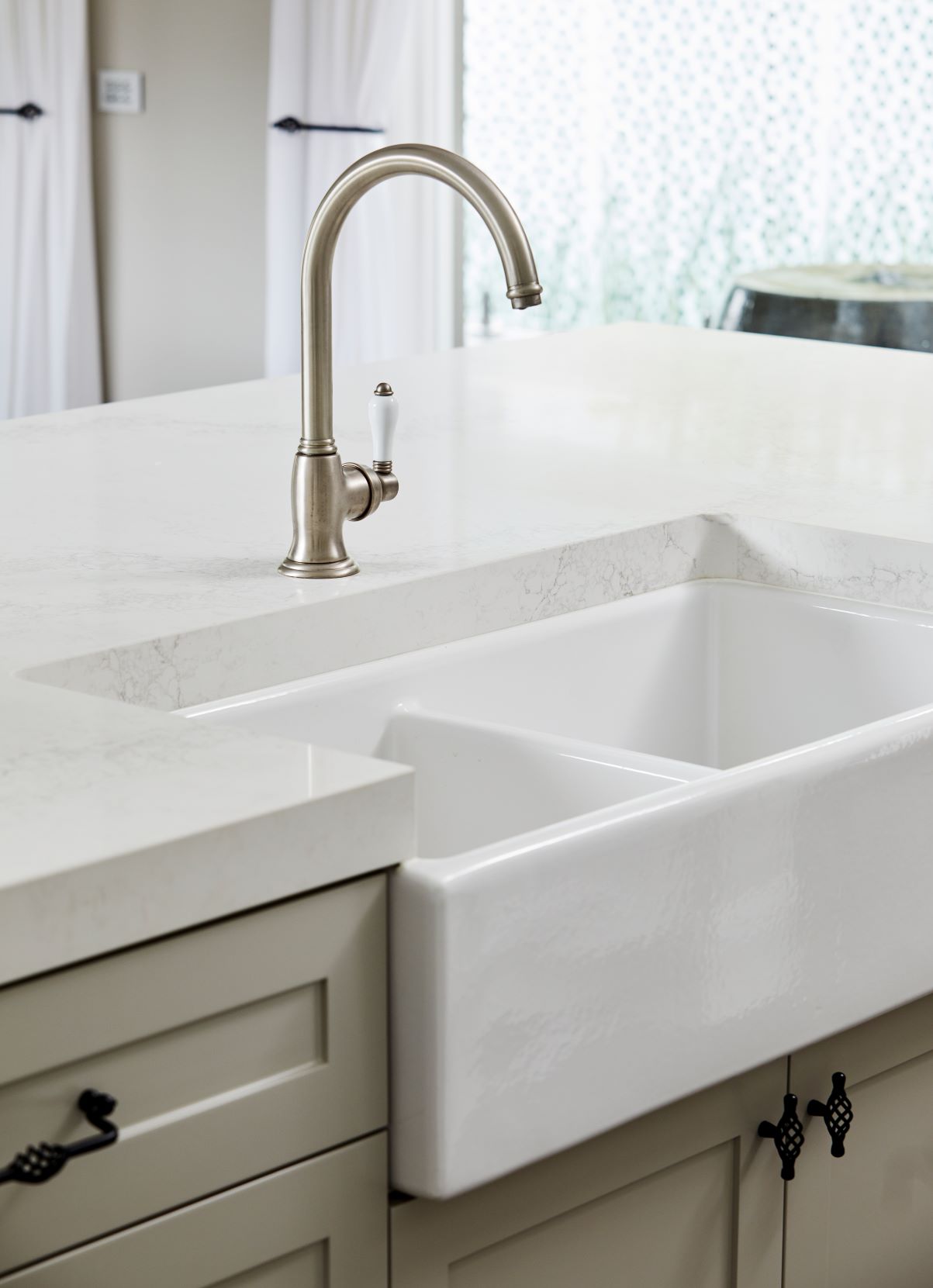 The finishing touches to your bathroom or kitchen renovation project is the selection of your tap and should be given the same consideration when purchasing other bathroom furniture. Since mixer taps now come in a wide variety of styles and finishes to incorporate the latest in technology, choosing the right taps either for the bath, shower, kitchen or basin mixer taps can add charisma to any room. Whether you are trying to achieve an ultra modern or a traditional look choosing a design that is relevant to your taste and will be significant to the rest of room creates both harmony and balance.

A Modern or Traditional Tap

What defines beauty and elegance in today’s selection of bathroom and kitchen mixer taps are the ultra modern sleek architectural designs. From curvaceous to modular geometric styles or the combination of both in brilliant chrome finishes can create a statement of authenticity and enhance the atmosphere and mood of your design. The array of choices out in the marketplace can be somewhat baffling, ranging from revolutionary and ornate Laser bathroom basin taps in tubular designs that are triggered by touch for a distinctive contemporary appeal.

Traditional cross head taps have been have been brought up-to-date into the 21st century with a more angular construction and is the perfect accent to adorn any basin or bath, whatever your design needs are always go with a style that is pleasing to you and fits into the existing design of your room.

Looking for a tap that is both practical and functional also plays a role in the selection process, mixer taps are the ideal solution for the bathroom or kitchen available in single or dual lever controls providing a consistent water temperature and flow. Subtle and elegant traditional bath and shower mixers are a distinguished way in trying to emulate a bygone era, with ceramic accents these types of mixer taps are a favored choice for making a design statement.

While the scope of kitchen remodeling is on a much grander scale, choosing the right style of tap should be of the same deliberation as in the bathroom. If the kitchen incorporates stainless steel appliances and other modern furnishings a traditional style tap would create an unbalanced look.

Opting to go for a trendy minimalist mixer tap design would be more preferable for a complete modern ambiance. On the other hand if your kitchen has a country rustic appearance, traditional styles such as the Dual-Flow High Bridge sink mixer tap or Bib Tap style that can add a genuine touch of charm in a traditional setting.

With stainless steel kitchen sinks still leading the way in popularity and versatility, there is a broad range of complementary taps in metallic and colored finishes to co-ordinate with your design motif and to co-inside with your kitchen accessories.

Deciding whether you want a dual-flow tap which provides independent hot and cold water flow or a single lever taps which combines hot and cold water temperatures with one adjustment at the initial design stage will help ease and narrow the selection process as well as avoiding costly mistakes.

0
Bathroom remodeling
« Choosing the Right Design
What Remodeling Your Bathroom Can Do For Your Home »
Most Viewed
Why Bathtub Refinishing is better than replacement?
-Less expensive than replacement of your tub
-Takes only 1 day
-No permits or licenses required
-No need to hire a licensed plumber
-No need to take out walls to get the tub out
-No need to replace tiles that were damaged by the tub removal.

WE ARE GLAD TO ANSWER ANY QUESTIONS YOU MAY HAVE!

DON’T REPLACE, REFINISH!
Our high quality bathtub refinishing coatings will allow you to have a beautiful bathroom without the expensive and messy process of traditional remodeling.

Most bathrooms can be done in one day or less!

Your old fixtures can be rejuvenated at minimum expense compared to tearing out and replacement or inserts.